At AKA Global Power we can supply generators that you can depend on. Whether you need the system 24 hrs/day or an hr/year (prime or standby) & (Diesel or Gas) (New & Used), we can provide consistent and reliable performance generators. The standard power ratings range from Low KVA to High horse power, also control panels includes DSE, power command and others.

“We offer a full “end to end” systems and solutions as per your need.” 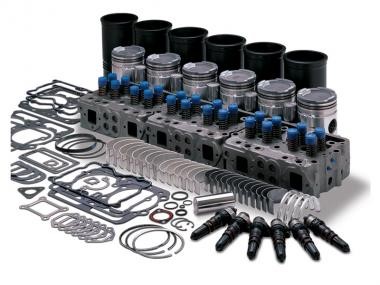 Generator spares parts from AKA Global Power UK Ltd, whatever your requirement for spare parts for maintenance a complete engine rebuild, AKA Global Power can supply the spare parts for all major brands in operation now a days. We can supply fast, medium-moving, slow moving and consumables through our supply chain with minimal delay. This ensures our customers can maximize generator running time without interruption.

Looks can be deceiving. This is especially true when it comes to risky parts for your engine. Liners, for example. In some means, one liner might look much the same as another. Yet closer examination will disclose that there are intense differences between genuine parts and others. Variances in design, tolerances and materials. The truth is, genuine parts carry improved performance and longer life between overhauls.

Even though a non-genuine part might seemingly fit your engine, there is no guarantee it will perform. Others try to copy components without knowing the technology, design and materials specifications that are critical to performance. Installing non-genuine parts may cause early failure which can result in unscheduled downtime and increased repair costs. Play it safe and smart – purchase your replacement parts from genuine supplier like AKA Global Power UK who has vast experience to select the right part.

We are AKA Global Power, You can rely on us.

Counterfeit parts have been growing problems over the last 30 years, customer would see short –terms saving after their equipment was repaired, not even aware that non genuine parts were used to bring to bring these repair cost down. Short term saving can have adverse long-term implications on the equipment’s, which ultimately ends up costing more.